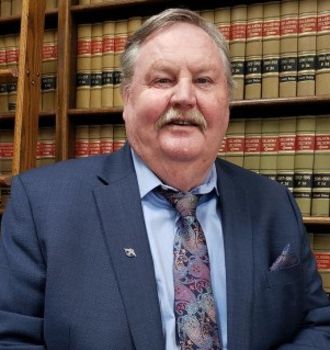 Mr. Campbell began his legal career when he received his Legal Intern license in 1980, while still in law school. As an intern with a highly respected Oklahoma City criminal defense lawyer, he learned the extent Federal and State Governments would go to obtain convictions. When he became a fully licensed attorney in 1982, he opened his private practice which has been in continuous operation since that time. While the practice has engaged in many areas of the law, the primary focus has been criminal defense.

One aspect of the firm which this focus benefits is the ability to spot potential criminal prosecutions in matters which on the surface appear to be either civil or administrative. Mr. Campbell has made these observations on many occasions and forewarned the client of the possible criminal aspects of their case. Many of these have resulted in the filing of criminal charges which the client was, by reason of the firm's foresight, ready to defend.

The firm has also encountered many clients charged with criminal offenses who believing themselves to be guilty were determined not to have committed the crime charged. The firm makes a detailed study of the facts of the case, provided first by the client, and the anticipated evidence of the prosecution. The firm then measures those facts against the legal requirements as stated by the State or Federal law. Mr. Campbell has obtained Not Guilty verdicts in jury trials admitting the facts but denying the crime.

Mr. Campbell believes that a strong defense is built on a position of strength not surrender. It is the policy of the firm that every criminal case accepted for representation is treated as a matter which will be tried to a jury. By taking this approach the prosecution is presented with a resolute and determined defense intent on representing the best interests of the client.

The result of such an approach, has over the years, proven to be more advantageous to the client than taking a "just get me a plea bargain" approach. In cases where a plea is appropriate the willingness to try the case will often make the prosecution more reasonable in negotiations.

The firm has successfully represented men and women charged with a wide range of criminal offenses including First Degree Murder, Racketeering, Rape, Conspiracy, Drug Offenses, Robbery, Theft, Embezzlement, Arson, Child Abuse (Sexual and Physical), Federal and State gun charges. The firm has been successful in getting charges reduced or dismissed due to police misconduct or violations of the client's constitutional rights.

These violations by the government have resulted in the court ruling that certain evidence or statements would not be useable against the client. This severely limits the matters which can be presented by the prosecution to the jury. One example of this was a case in which Mr. Campbell successfully got two arrests, a confession and eight and one-half ounces of cocaine thrown out due to an illegal search and seizure. In another recent case, he obtained a ruling from the court determining the police had illegally obtained statements from the client and the court would not let the prosecution use the ill-gotten statements.

"I dedicate my practice to defending accused citizens who are up against the power of the federal government."

The firm also represents members of the U.S. military in actions brought under the UCMJ, including Article 15 (known in some services as NJP) actions. Having successfully tried matters to military courts Mr. Campbell understands the necessity of a service member having counsel not subject to the chain of command structure.

Military matters also require a pre-existing understanding of the system due to the speed with which they move. Mr. Campbell served on active duty for more than 10 years with the United States Air Force, this experience has enabled him to negotiate matters within the chain of command which would be unknown to non-veterans.

As an instrument-rated private pilot, Mr. Campbell has represented certificated airmen facing enforcement actions for violations of FAR's or other certificate actions.

In addition to the court matters, Mr. Campbell has been a guest lecturer to the Oklahoma Assembly of Presiding Judges where he made a presentation to the members on the Oklahoma Corrupt Organizations Prevention Act, a state version of Federal racketeering law. He is the author of State and Federal Racketeering: Comparison and Contrast (1995 unpublished) which was presented to each member of the Assembly at the time of his presentation. Mr. Campbell was one of the first lawyers in Oklahoma to argue the State racketeering law to the Oklahoma Court of Criminal Appeals.

Mr. Campbell was inducted into Phi Alpha Theta, national scholastic honors fraternity while an undergraduate for a conspicuous scholarship. He received an American Jurisprudence Award for scholarship while in law school, prior to being awarded his Juris Doctor degree